Sanju opened her eyes and groaned. They had finally moved in to the broken-down haveli, and last night, the whole family had gathered for a feast. How much of her grandmother’s tharra had she had? She felt like one of her buffaloes had stomped all over her. Every part of her body hurt. She sat up, and looked around. Where was she? This was not her hovel of a haveli. This looked like a hospital room, the kind that she had only seen on TV. But, why was she here?

The door opened and an old lady entered. Sanju took one look at her and wanted to dive under the bed. Why oh why had she never paid attention when her mother chanted the Hanuman Chalisa? She might have had some spiritual help today, as she faced the only person who scared the crap out of her… her high-school headmistress, a nasty old lady, who was supposed to be dead.

Sanju took a deep breath and reminded herself that she wasn’t a student anymore. “The old hag can’t do anything to you. Be brave Sanju, and remember, she can smell fear. Act cool.”

“You are where I always predicted you would be…on the road to hell.”

“Ah yes, the haveli that you fleeced from that old Thakur. Well, your sins finally caught up with you, and you died in your sleep.”

As Sanju was trying to digest this, the old lady went on.

“Your track record was bad enough to send you straight to hell, and an eternity of chakki-peesing, but, in your entire no-good life, you did do one good thing.”

“Only one…you saved a child’s life. That means you get one chance to redeem yourself. For one month, you have to act as a guardian angel. At the end of that month, if you have been good, you get a free pass into heaven. Otherwise, you go to hell.”

“Someone who protects kids, and keeps them safe.”

“What you are, is dead. When you were alive, you were a con woman, a hustler, who looted half the Thakurs of Haryana. Don’t try your tricks on me. This is your only chance. I will be watching you,” she said with narrowed eyes.

The room around Sanju dissolved, and she found herself in a room, with a big cot, and toys all around. She sat on the edge of the cot and looked down in horror. She was the guardian angel of not one, but, two kids…tiny ones, at that. At least, they looked peaceful. This was going to be easy.

An hour later, she was cursing the old lady. The boys, who looked like angels when asleep, were total devils when awake. How on earth was she to keep them safe?

First, there was the bathroom incident. They kept sneaking into the bathroom, and apparently didn’t know the difference between the commode and the bath tub. When they weren’t trying to jump, head first, into the toilet, they were trying to drown each other in the tub…just for fun.

Then, there was the Great Escape. Someone left the door open, and the boys ran out of the house. She was dragging them back, when the older one broke free, and ran…straight into the path of an oncoming car. She saved him, but, banged her head, in the process.

The ringing in her ear had barely subsided, when she saw the younger fellow looking very innocent. Something was fishy! Sure enough, he was putting something in his mouth. She swooped on him, and snatched it away. Eww! It was one of those many-legged crawlies… the poisonous one.
No wonder they needed a guardian angel!

At the end of the day, after the boys were asleep, she sat on the edge of the cot, with her head in her hands. She couldn’t put up with this for a month. An eternity of jail-time was better than this. Well, not an eternity, but, a few years was fine, with time taken off for good behaviour. She would beg, and plead with the old lady, and cut a deal.
“Please, take me away from these monsters,” she called out.
Just then, one of them laughed. She turned to see if he was awake. No, he was laughing in his sleep. Her heart melted.
“Aww, silly boy! What are you dreaming about?”

As she ran her fingers through his hair, she saw them approaching… a group of mosquitoes.
She flew at them, swatting left and right.
“Nasty blood suckers! Get away from my babies!”

Up in heaven, an old lady smiled. She took a sip of chai, and settled down to enjoy the show. She already knew one thing. No eternal chakki-peesing for this girl. She was meant to be a guardian angel, for eternity.

30 thoughts on “Where angels fear to tread….”

Once upon a time….

Once upon a time…. 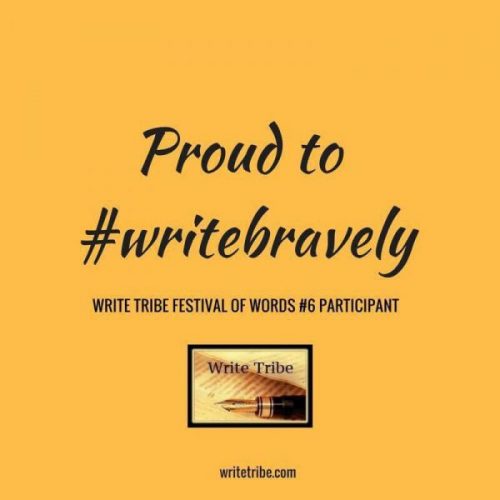 © Apeksha Rao and blogmytale.wordpress.com, [2012 onwards]. Unauthorized use and/or duplication of this material without express and written permission from this site’s author and/or owner is strictly prohibited. Excerpts and links may be used, provided that full and clear credit is given to Apeksha Rao and blogmytale.wordpress.com with appropriate and specific direction to the original content.

This work is licensed under a Creative Commons Attribution-NoDerivs 3.0 Unported License.
Kanchana Banerjee